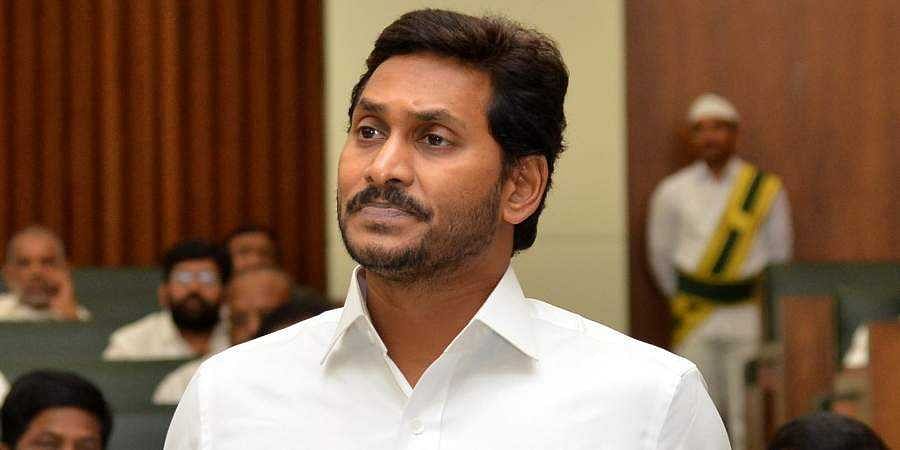 VIJAYAWADA: In another major reshuffle, 47 IAS officers were transferred by the state government, the second such exercise in less than a month. The orders were issued by Chief Secretary LV Subramanyam late on Friday night.

On June 4, as many as 49 IAS and 6 IPS officers were transferred, which was the first bureaucratic rejig after the new government was formed. In the latest reshuffle too, the three senior-most IAS officers including an officer of Special Chief Secretary rank were not given postings.

Satish Chandra (Special Chief Secretary) and G Sai Prasad (Principal Secretary), who were part of the Chief Minister’s Office (CMO) during Chandrababu Naidu’s government, were transferred on May 30 but not given postings in the latest reshuffle. Ajay Jain, who served as principal secretary of energy, CRDA and crucial infrastructure and investments department, was also not given any posting.

IAS officer Sashi Bhushan Kumar, who was not given any posting in the previous reshuffle, was made Secretary (Services & HRM), GAD. Karthikeya Mishra was made director, Health & Family Welfare and Mission Director, NHM. Kanna Babu, another IAS officer waiting for posting was made Special Commissioner, Disaster Management & Ex-Officio Additional Secretary, Revenue (DM) Department.

Senior IAS officer Budithi Rajasekhara, who was earlier transferred to the Agriculture Department, only to be put on hold, has now been made Principal Secretary of School Education. Dr Mallikarjuna A, currently serving as the Joint Collector in East Godavari district, has been made CEO of Arogyasri, the flagship health programme of the YSRC Government.

Visakhapatnam, Vijayawada, Tirupati and Anantapur municipal corporations got new commissioners.  V Prasanna Venkatesh, Special Commissioner, Disaster Management, was made commissioner of Vijayawada Municipal Corporation. He will take over from Rama Rao, who was shifted to AP BC Co-operative Finance Corporation Limited as its Vice-Chairman and Managing Director. 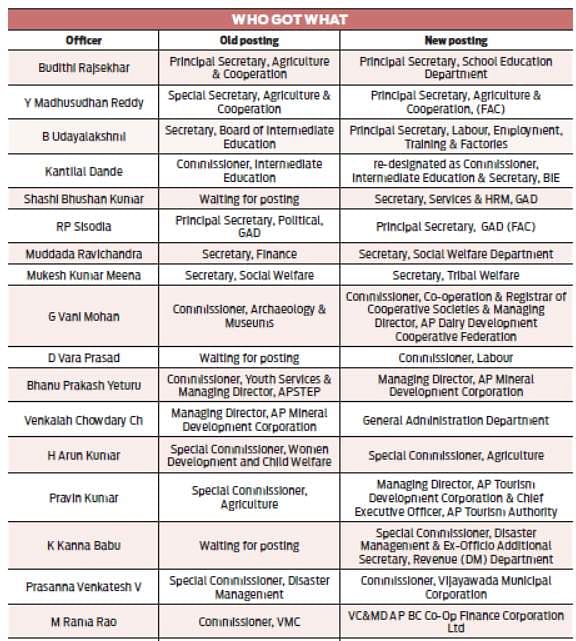 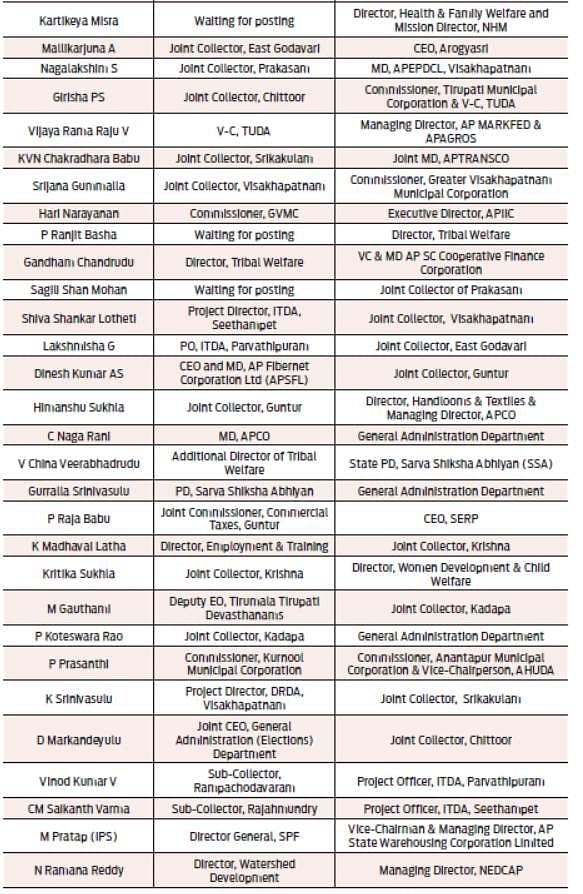