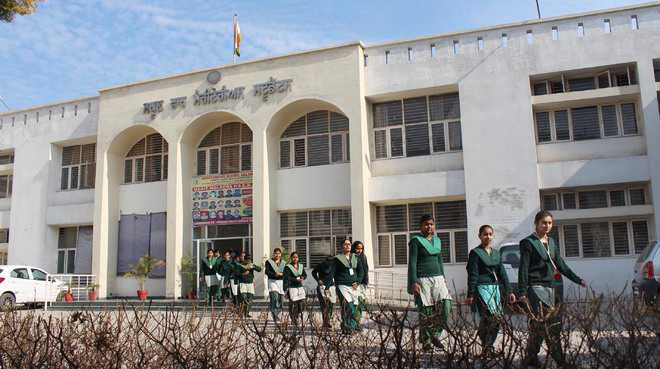 With an impeccable record of admissions in the highly competitive professional courses, the School for Meritorious Students in the district has emerged as a catalyst for transforming the destiny of students. The students of the school have excelled in various professional courses and the latest being the highly competitive Joint Entrance Examination (Advanced) for admission in engineering courses and National Eligibility-Cum-Entrance Test (NEET) for admission in medical courses.

Talking to The Tribune, Puneet said it was the sheer hard work that paid back. He said staying away from social media helped him focus on studies and now he hopes to become a successful engineer one day. Complementing the students, Jalandhar officiating Deputy Commissioner Kulwant Singh said it was really a proud moment for the parents and the school.

He said meritorious schools were acting as a catalyst to realise big dreams of bright students.

Singh said the success story of these schools, with students scoring more than 80 per cent marks in government schools, had proved that this experiment of the state government in shaping their career in the right direction had been successful.

He complimented the faculty of the school, which had made sure that students work hard and give results. However, he said the results could be further improved with more hard work and dedication.